Along the roman roads

During the years I traveled along many of the Roman roads by car. The Aurelia, Boccea, Cassia, Flaminia, Salaria: I know them well from behind the car window. Driving I spotted here and there remains of ancient ruins along the road, causing the urge to stop for a minute. Alas, I never found the time or a safe spot to park the car.

So it was a long-cherished wish to walk the Roman roads.  But as they are, until today, incredibly busy, I realise that to walk them has nothing to do with the romantic notion of ‘wandering’.

Nevertheless I started walking at the very beginning of the roads, usually at gateways in the Aurelian wall, until the point the highway took over.

Thus I walked along and discovered the suburban fabric of Rome. I continued, as in Tuscany and Zeeland, to send my images as postcards by email to friends. 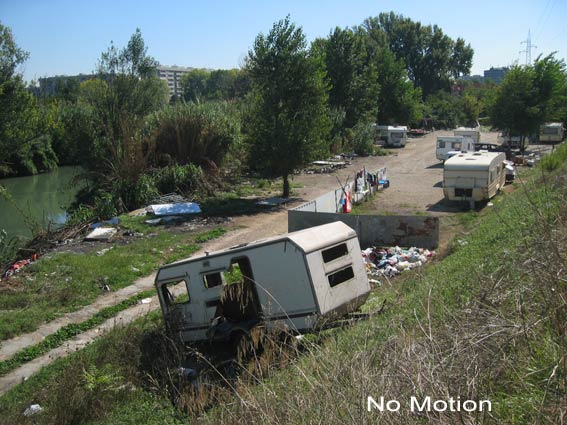 Cold was the ground

Starting out for my walks I passed regularly the lady in black sitting in the street on a piece of cardboard. I wonder, is she still out there in her pastel colored rainbow socks? 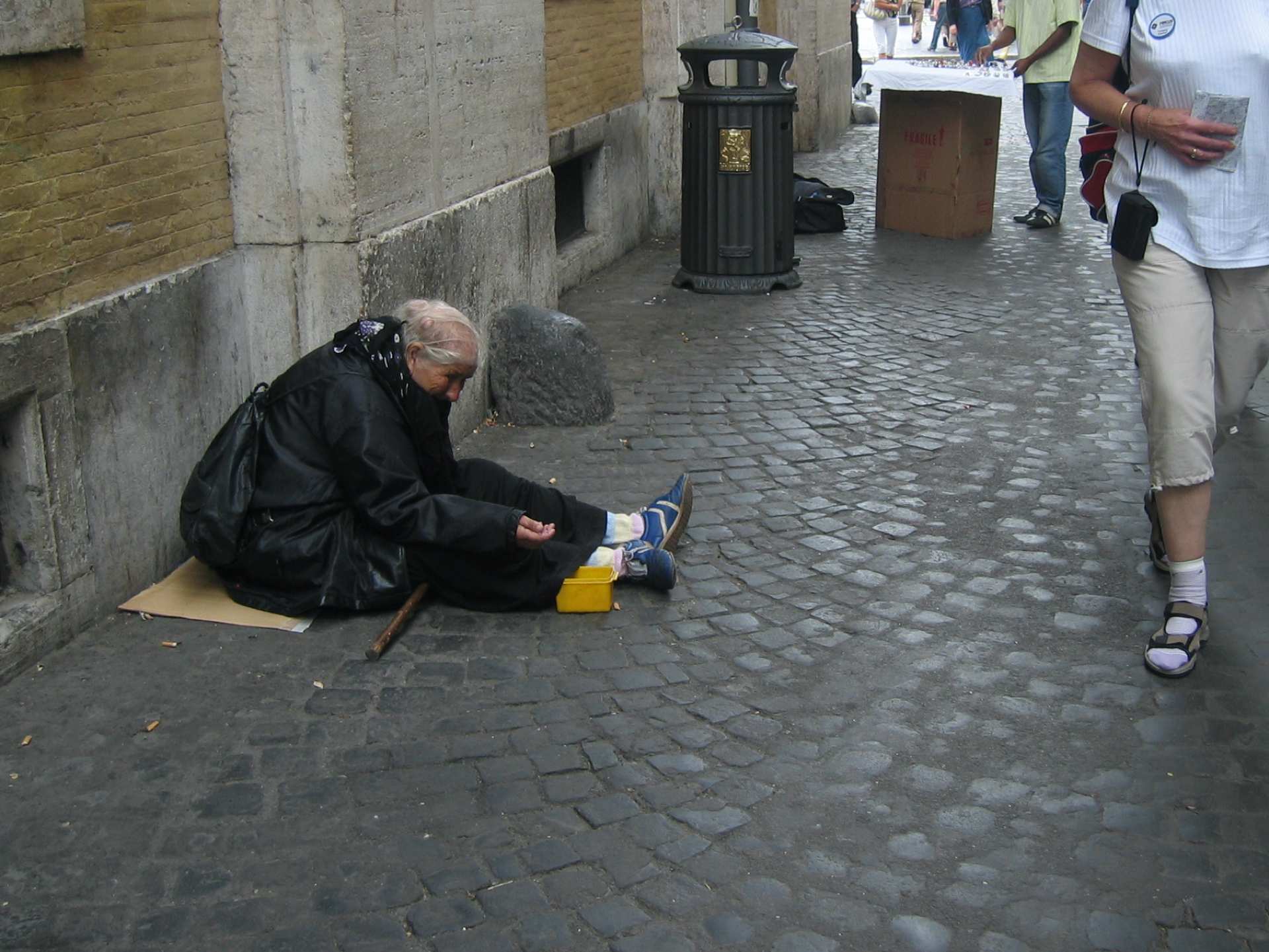 The Via Flaminia was a Roman road leading from Rome to Ariminum (Rimini), it was constructed by Gaius Flaminius during his censorship (220 BC). 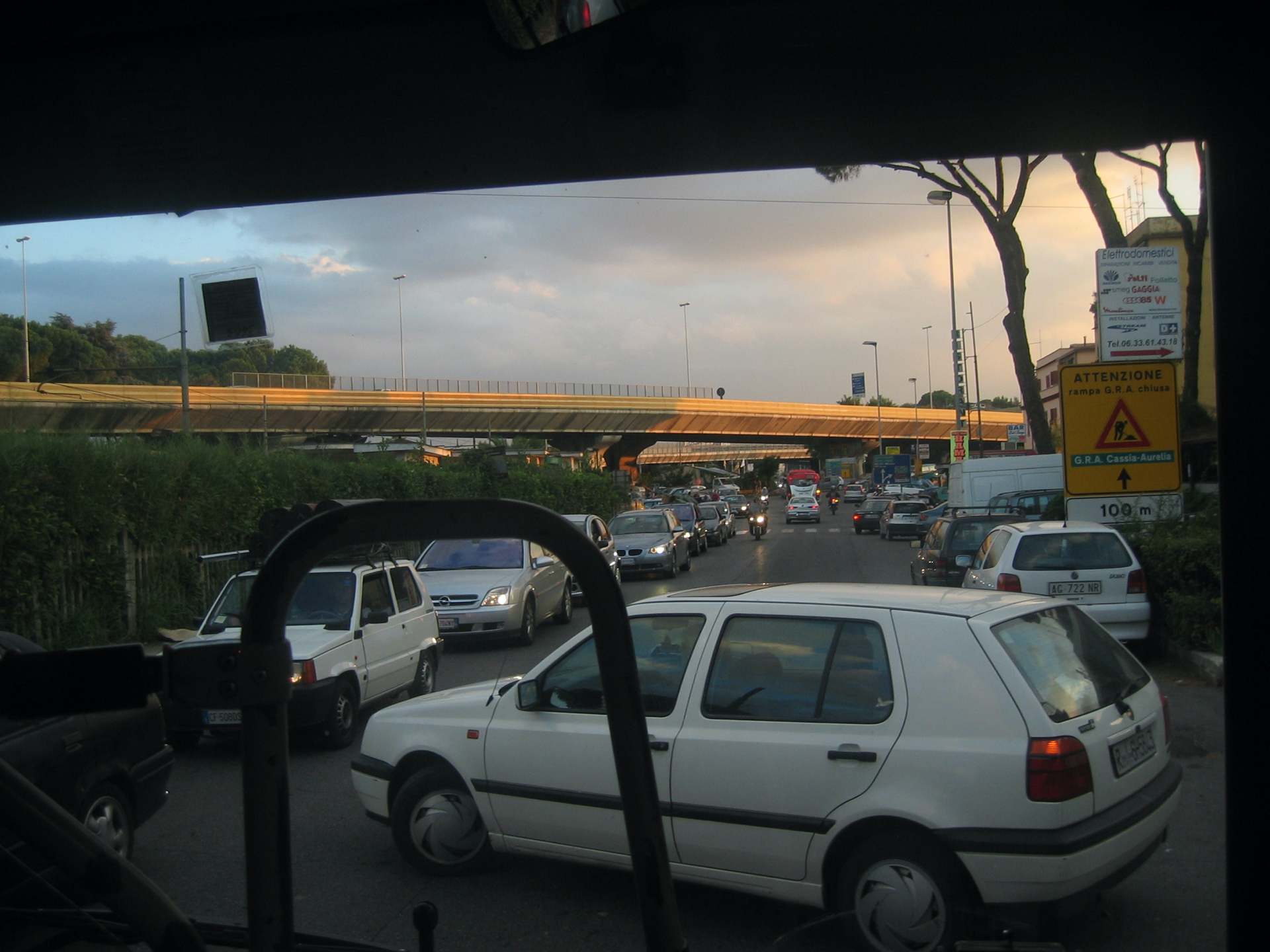 Further On, up the road

The Via Appia is one of the earliest and strategically most important Roman roads of the ancient republic. It connected Rome to Brindisi, in southeast Italy. 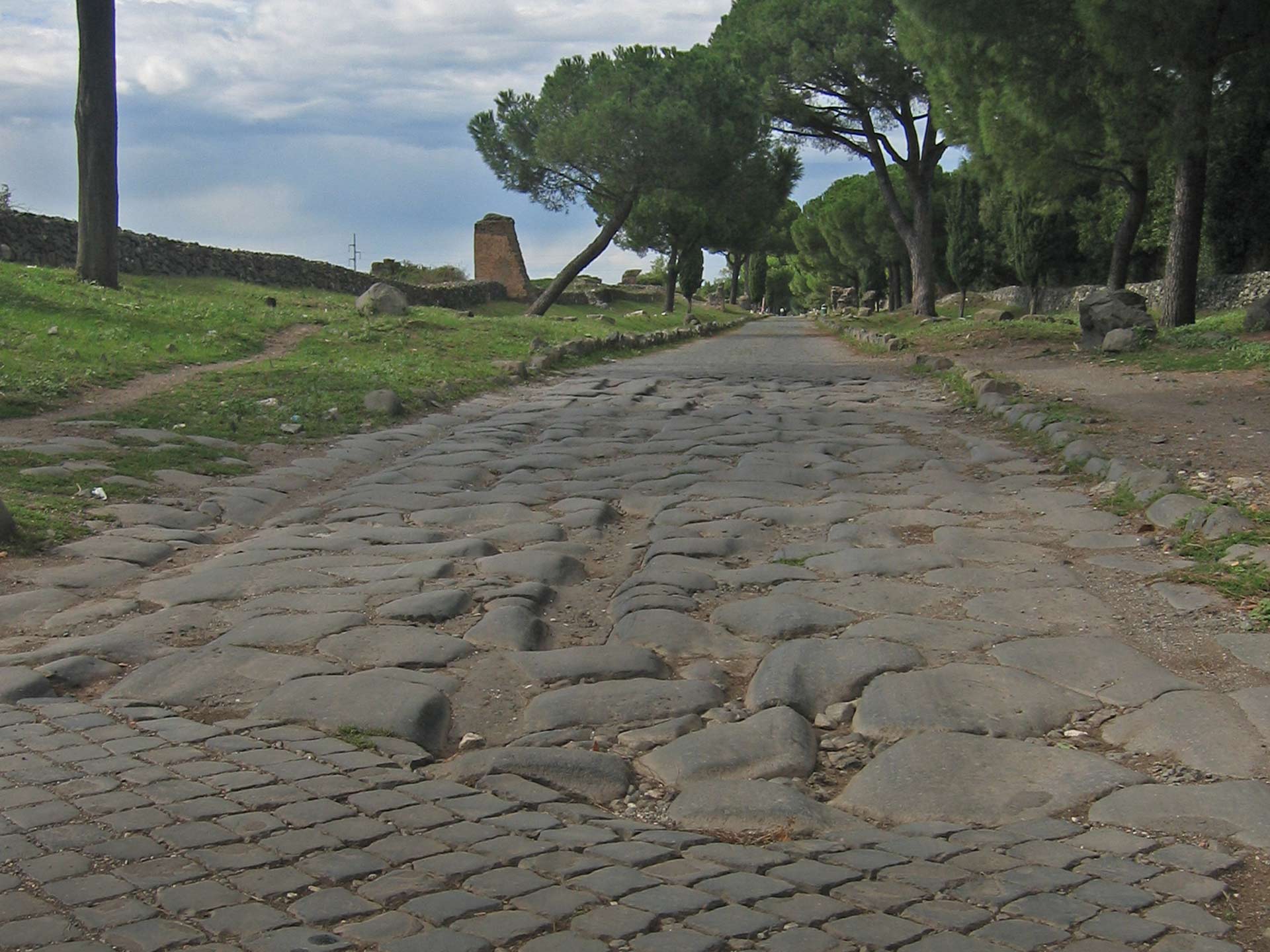 Down the road go I

Sometime after 180 BC, L. Cassius Longinus Ravilla, during his term as a censor, had a paved road laid down which when completed went from Rome to Florence, the via Cassia. 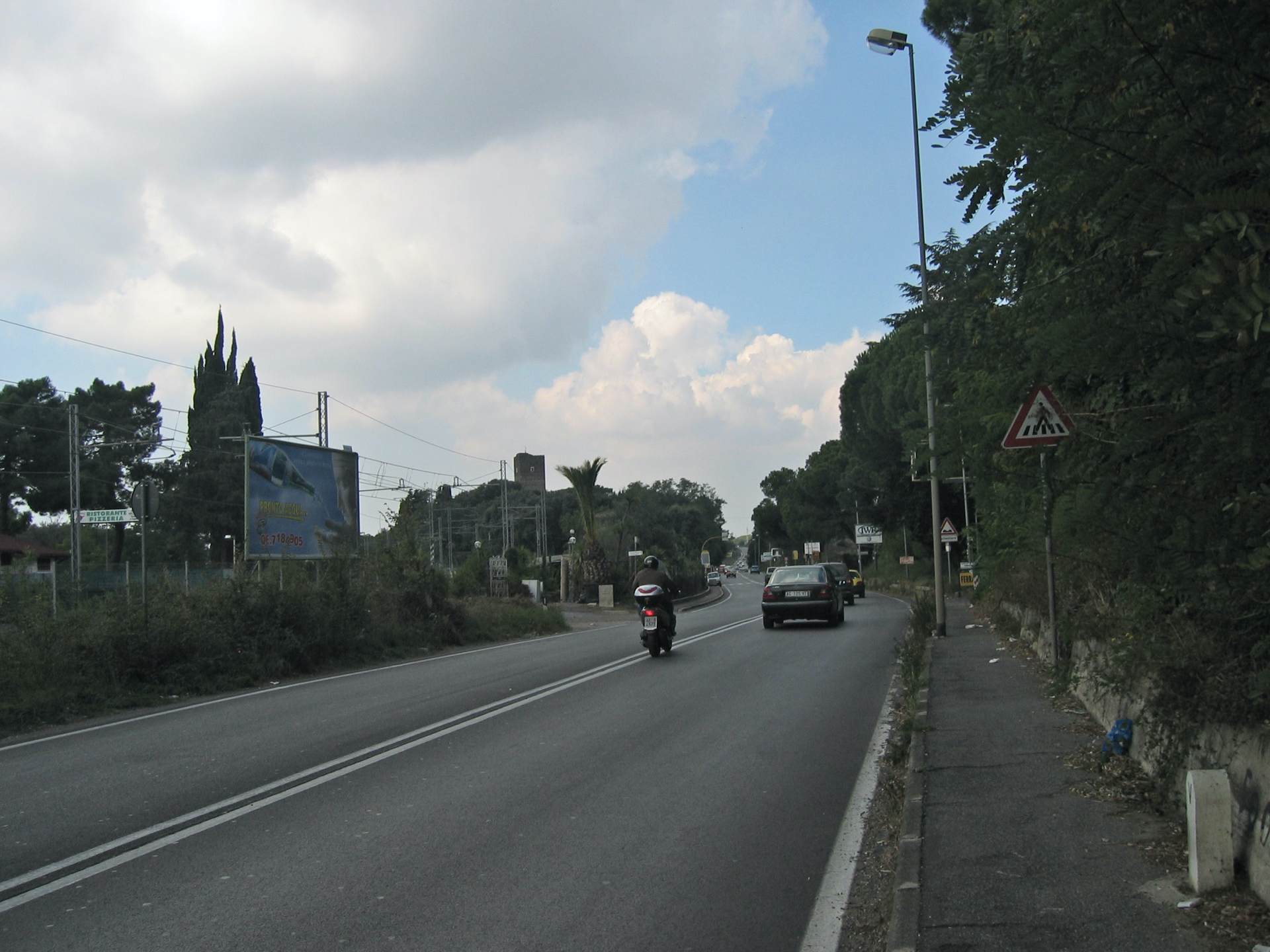 The park of Veio is located along the Via Cassia. It is famous because of the Tomb of the Lions and the Tomb of the Ducks ( 7th century BC), which is Italy’s oldest painted tomb. The Etruscan tombs I came across were barred and pitch dark. I flashed my camera and at home I saw the result. 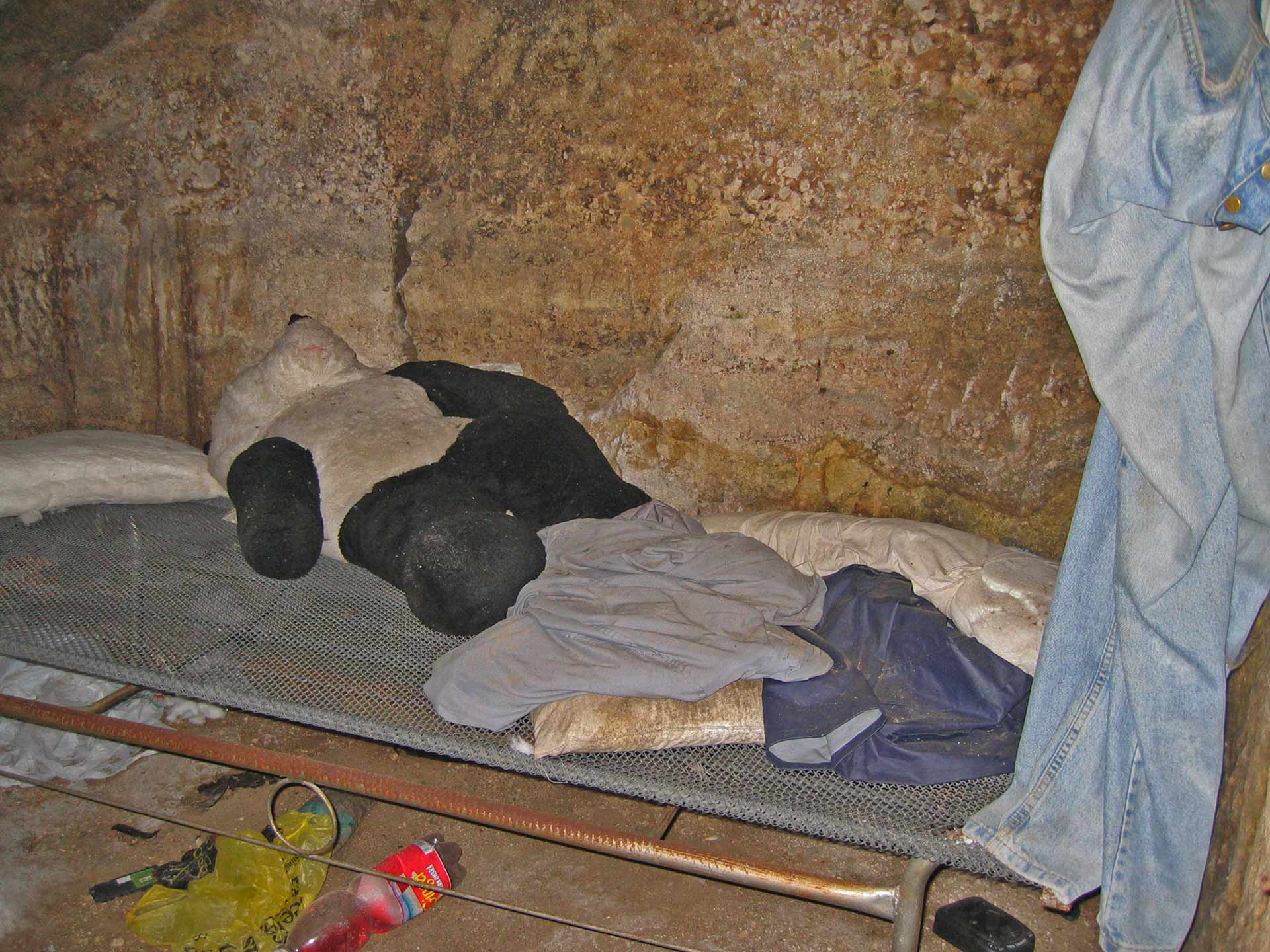 shadows on your window

Via Tiburtina is an ancient road leading east-northeast from Rome to Tivoli (Latin, Tibur) and then on to Pescara (Latin, Aternum). 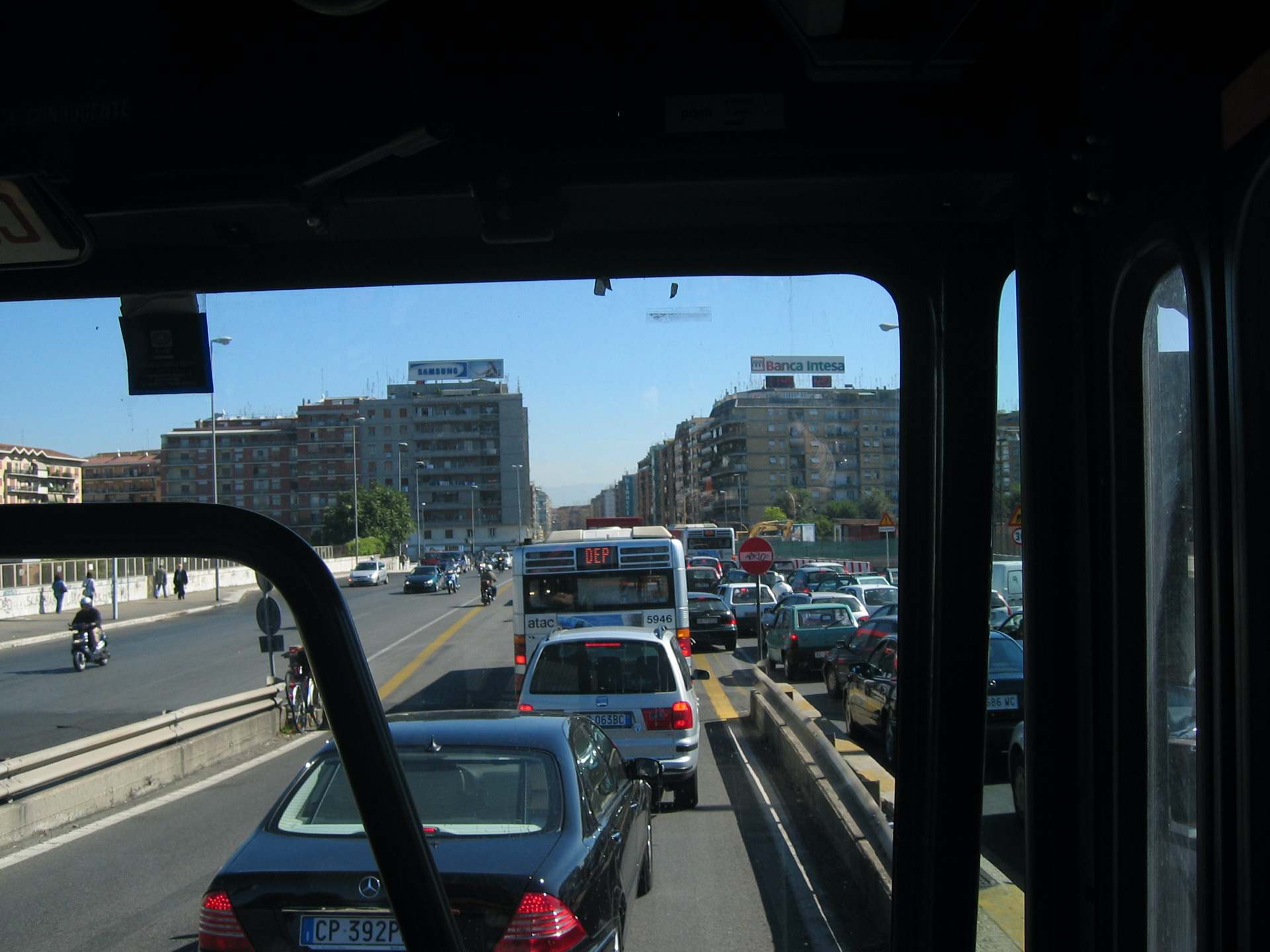 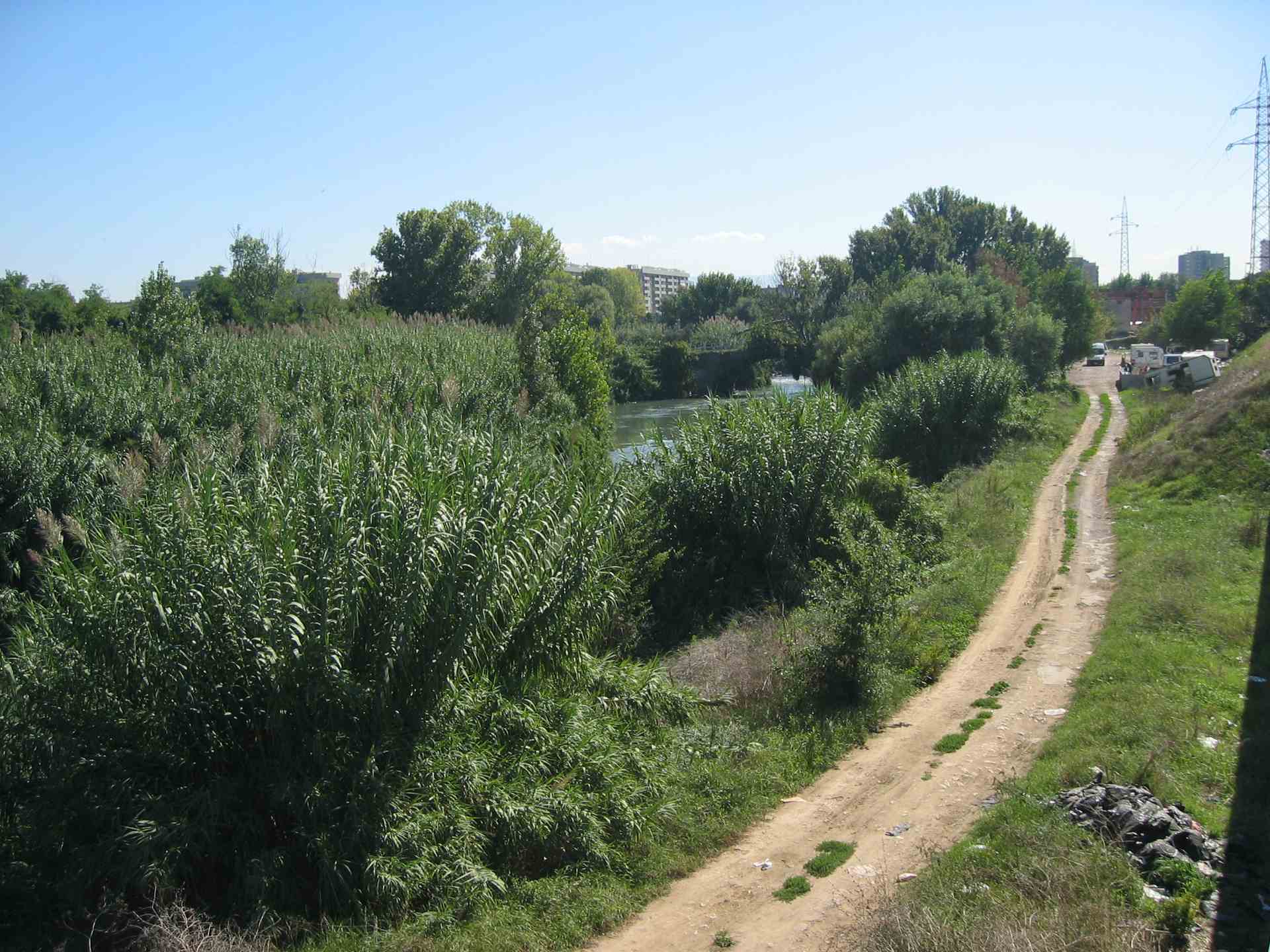 Blowing down that road

Via Nomentana is an ancient road leading North-East from Rome to Nomentum (modern Mentana), a distance of 23 km. . 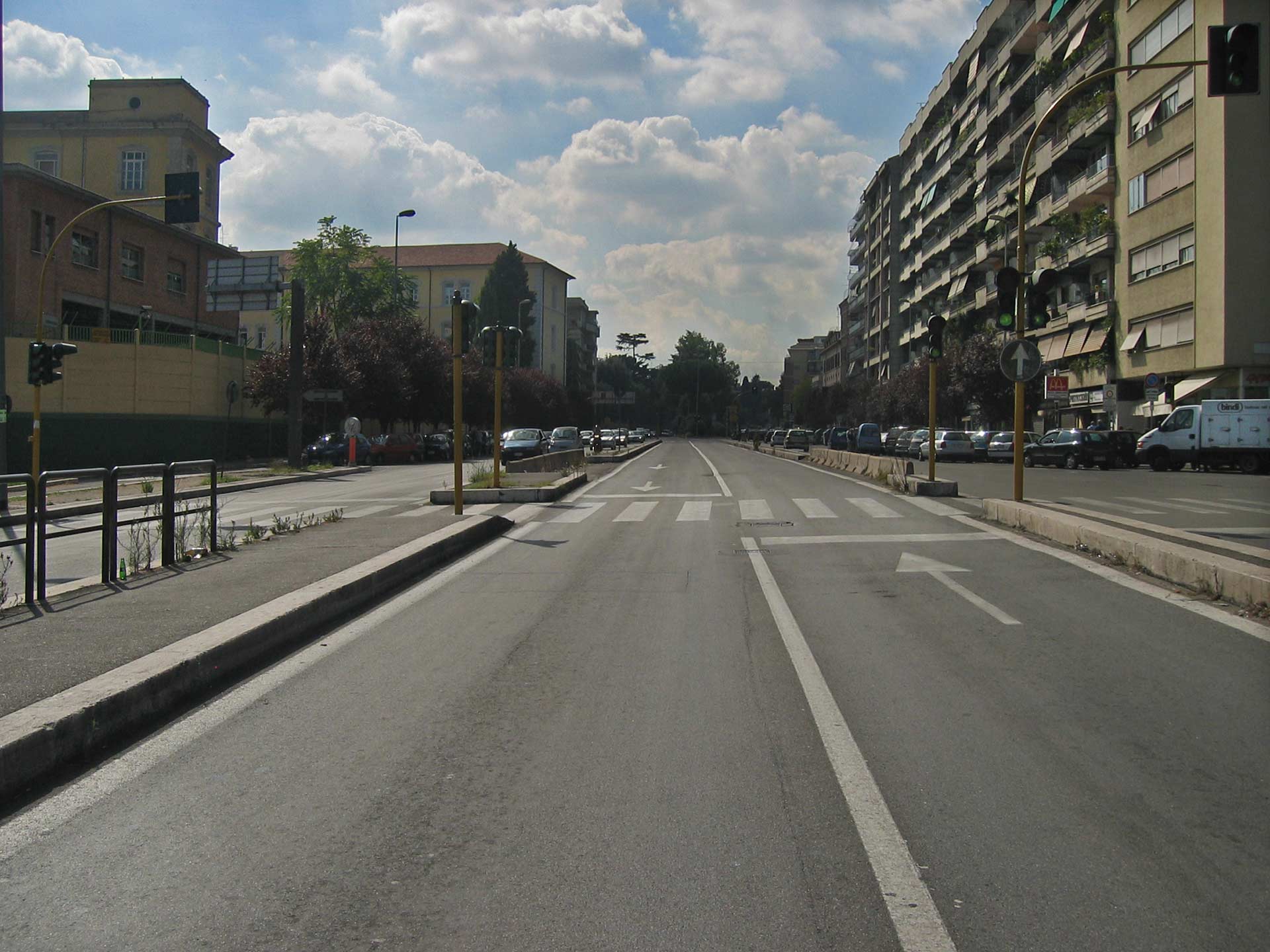 The one that got away

Following the via Adriatico, a sideway from the Nomentana, it took me a long time to get at the Passo del Turchino. I was looking for the location of the villa of the freedman Faonte where Nero committed suicide. A funeral urn with an inscription dedicated to Claudia Eglogae was found here. This woman was the nurse of Nero and, together with Acte, collected the body of the emperor and transported it to the tomb of the Domitii. Near the villa was a large cistern which is still visible. I imagine that the green hill where I stand on could be the location of the villa which was very large. 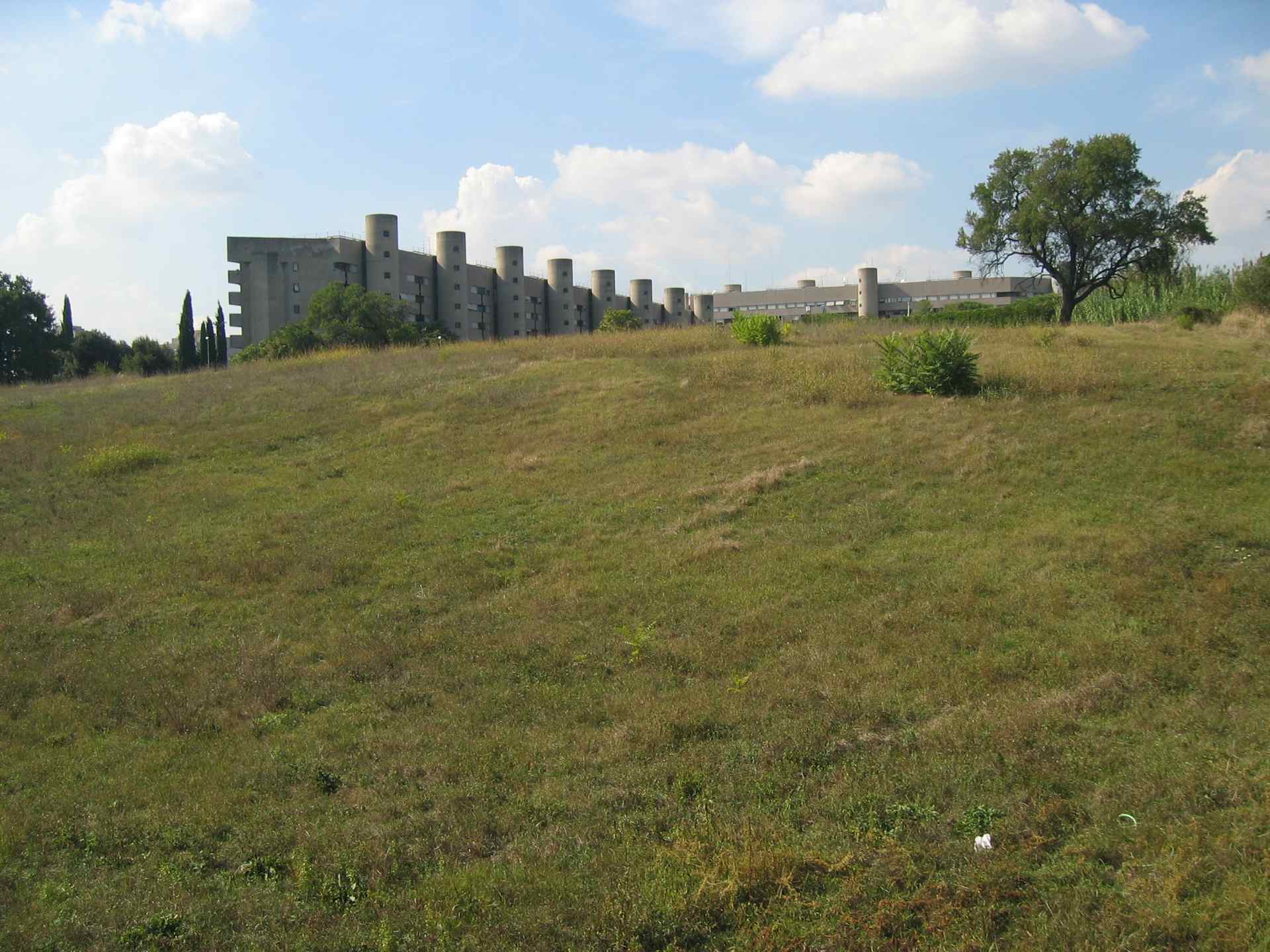 wrong side of the road

Subiaco was the end of via Praenestina, which led next to Treblis (Tervi) and the Praeneste (Palestrina), where Sulla, in 83 BC began the immense sanctuary of Fortuna Primigenia. While making this photo, first one, than another man came out of a bar posing in the middle of the road. 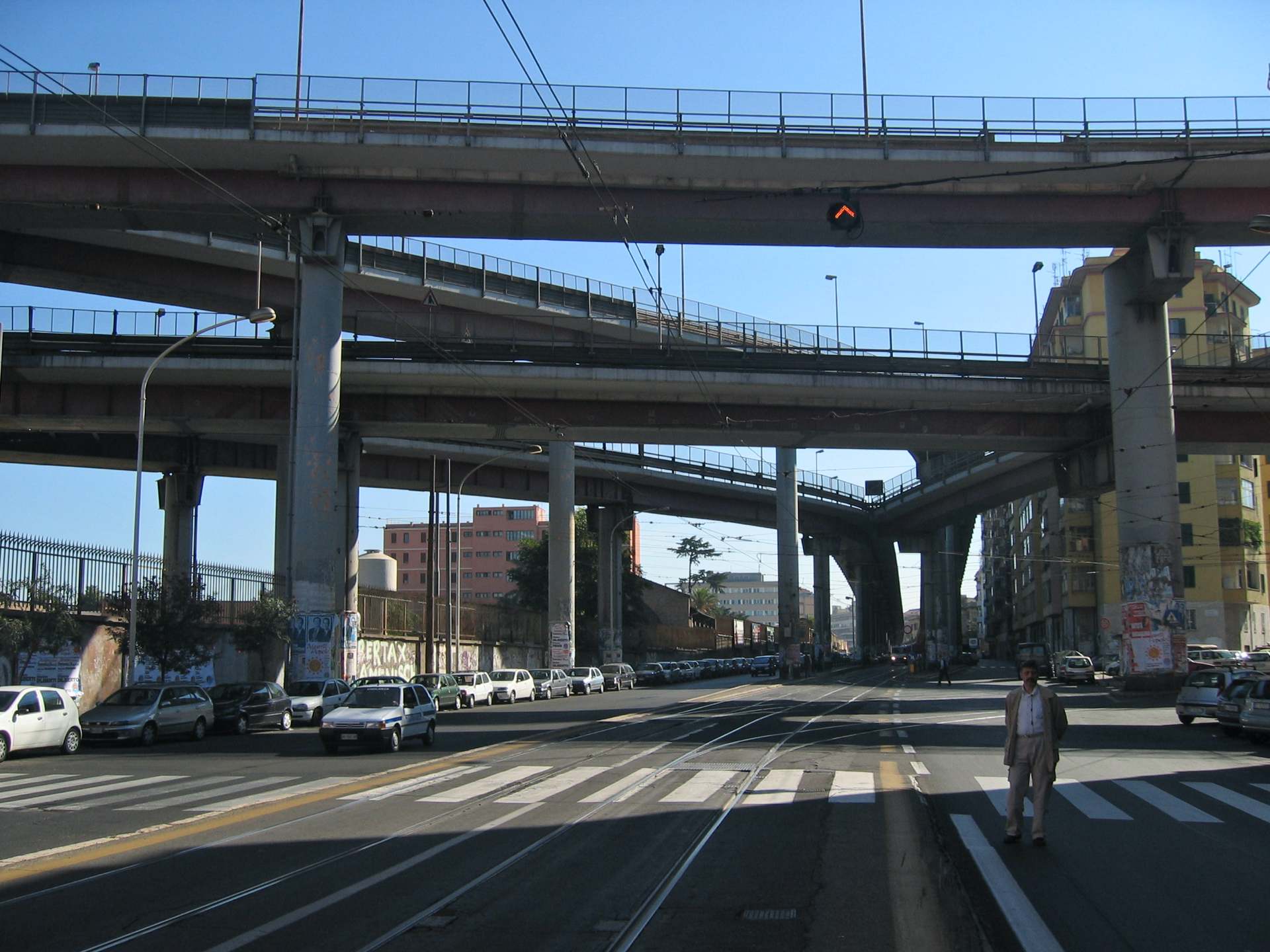 …begun in 241 BC, the via Aurelia had been planned to go only as far as Luna, the most distant of coastal Etrurian cities, but a century and a half later, in 109 BC, it was extended to Genua. 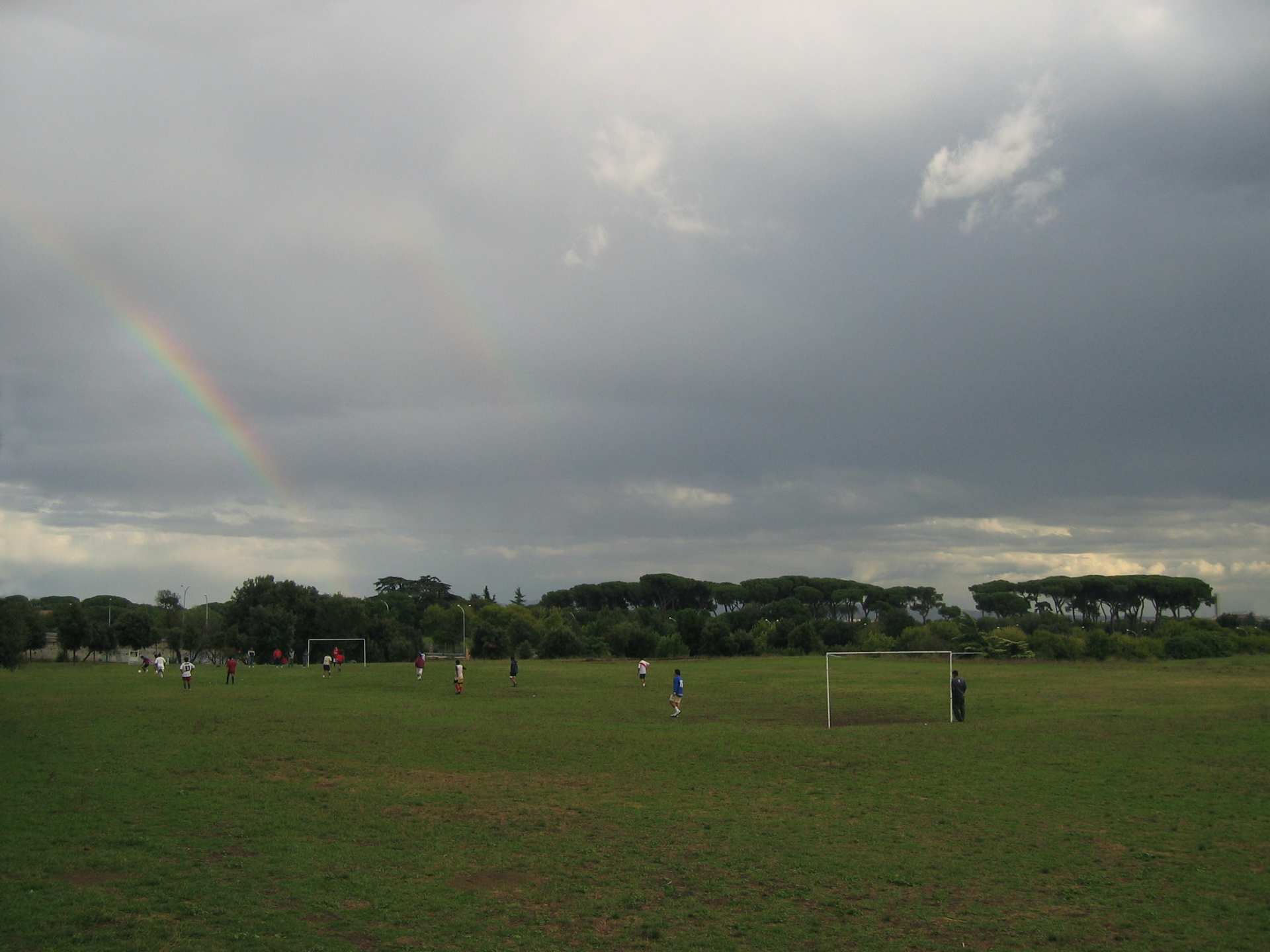